Whats all the hype~
​

Kona Coffee is the market name for a variety of coffee (Coffea arabica, Var. kona typica) cultivated on the slopes of Mount Hualalai and Mauna Loa in the North and South Kona Districts of the Big Island of Hawaii. Only coffee from the Kona Districts, 22 miles long and 2 miles wide, can be described as “Kona”.
Coffee requires a very specific combination of sun, soil, and water. It is successfully grown in only a limited number of locations around the world. The Kona weather pattern of bright sunny mornings, humid rainy afternoons, and mild nights create favorable coffee growing conditions. Pure Kona coffee is considered one of the premium specialty coffees of the world.
History
The coffee plant was first brought to Kona in the nineteenth century by Samuel Reverend Ruggles from Brazilian cuttings, although it was not until much later in that century that it became a consistent and worthwhile crop. It was grown on large plantations, but the crash in the world coffee market in 1899 caused plantation owners to have to lease out their land to their workers. Most of these workers were originally from Japan, brought in to tend and harvest sugar cane. They worked their leased land parcels of between 5 and 12 acres as family concerns, producing large, quality coffee crops.
The tradition of running family farms has continued throughout Kona. The Japanese-origin families have been joined by Filipinos, mainland Americans, and Europeans. There are approximately 600 Kona coffee farms, with an average farm size of less than 5 acres. In 1997 the total Kona coffee acreage was 2290 acres and green coffee production

Growing and Processing
Kona coffee blooms in February and March. Small white flowers cover the tree and are known as “Kona Snow”. In April, green berries begin to appear on the trees. By late August, red fruit, called “cherry” because of the resemblance of the ripe berry to a cherry fruit, are starting to ripen for picking. Each tree will be hand-picked several times between August and January, and provides around 20 pounds of cherry.
Within 24 hours of picking, the cherry is run through a pulper, the beans separated from the pulp, and placed in a fermentation tank overnight. After about 12 hours, the beans are rinsed and spread to dry on a “hoshidana” or drying deck. Traditional hoshidanas have a rolling roof to cover the beans in the event of rain. It takes 7-14 days to dry the beans to an optimal moisture level of between 10-13%. From here, the beans are stored as “pergamino” or parchment. The parchment is milled off the green bean prior to roasting.
It takes seven pounds of cherry to make one pound of roasted coffee.
Kona coffee beans are classified based on the seed type. Type I beans consist of two beans per cherry, flat on one side, oval on the other. Type II beans consist of one round bean per cherry. The further grading of these two types of beans depends on size, moisture content, purity of bean type and size. The grades of Type 1 Kona coffee are: Kona Extra fancy; Kona fancy; Kona Number 1; and, Kona Prime. The grades of Type 2 Kona coffee are: Peaberry Number 1; and Peaberry Prime.
Hawaii State Green Coffee Bean Standard

Kona Blends
Because of the rarity of Kona coffee in the marketplace, some retailers sell Kona Blends. This can be misleading to the consumer. These blends are not a combination of different Kona coffees but rather a blend of Kona and Columbian or Brazilian coffees. These blends usually contain 10% or less of Kona coffee and 90% of the bag is unidentified beans.
The Kona Coffee Farmers Association is actively pursuing to change the Hawaii Legislation so that a consumer is not confused by a bag of Kona Blend which contains only 10% Kona beans and 90% other beans that have been fumigated by law and are not identified by their origin.

No Blends at Angie's Acres! 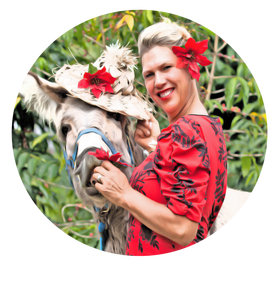